Voters Across Age Groups are United in their Opposition to Military Action in Syria
September 10, 2013

In the August 28-29 national survey for NBC/Wall Street Journal (conducted jointly by Bill McInturff of Public Opinion Strategies and Fred Yang of Hart Research Associates), the numbers on Syria were clearly challenging for the President. Less than two weeks later, the numbers on the three questions that were tested again were decidedly worse. 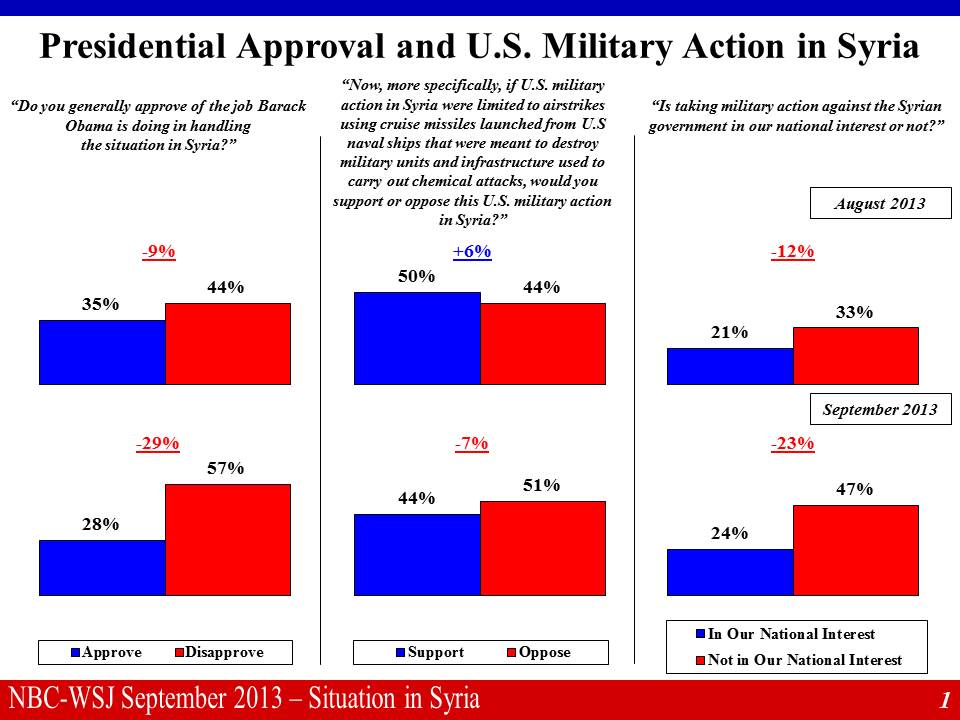 Especially problematic for the President is that opposition to military action in Syria crosses almost all demographic subgroups, including the age groups (age 18-34 and age 65+) where we often see a significant generational difference.

As the above table demonstrates, the data is close to identical among younger adults and seniors on whether Congress should vote to approve military action, as well as if there would be support for military action if it was limited to air strikes. There is more of a difference on the question of whether or not military action would be in our national interest, but the data is still quite similar.

One question where we did see a distinct difference among younger adults and seniors is on whether or not President Obama has made a convincing case about the need for the United States to take military action against Syria. 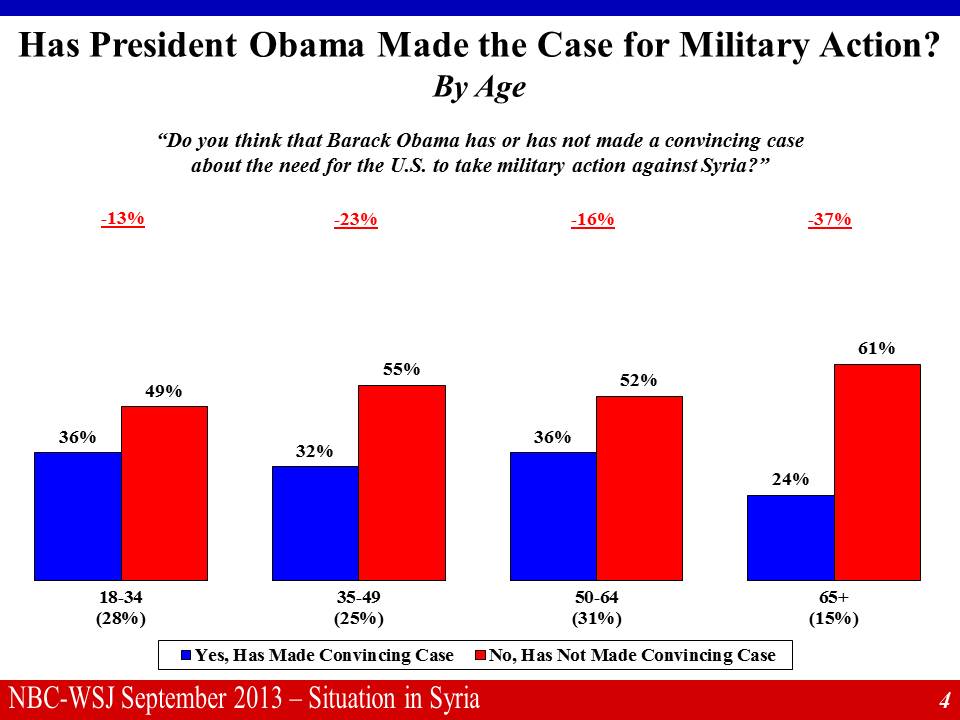 Perhaps most troubling for the President and his administration is the consistency of opposition to taking military action in Syria, and the data by age is a clear demonstration of this daunting problem.

‹ Previous Post › Next Post
MOST RECENT
In the News: It’s Still About the Cost of Healthcare
Jun 14, 2021 In the News: New CFIF National Survey Shows Voters Want Bipartisan Agreement on Spending Bills, Oppose COVID-19 Patent Waivers and Reject Government Setting Prices for Health Care
Jun 8, 2021 In the News: Majority of Arizonans oppose Joe Biden’s tax plan
Jun 7, 2021 In the News: In summer, the stakes are rising for Biden
Jun 1, 2021 In the News: 78% of New Yorkers want to keep ‘cocktails to go,’ poll says
May 25, 2021