By Nicole McCleskey and Bill McInturff

As we look back to the Virginia and New Jersey elections, there are five important trends worth watching heading into 2010 that foreshadow good things to come for Republican candidates.

1. Republican voters are incredibly fired up about elections right now. This was on full display in Virginia and New Jersey where Republican enthusiasm about the election was through the roof, and the composition of the electorate was markedly different in 2009 than in 2008 given very high Republican turnout.

4. But, it’s not only the economy where voters are losing faith in Obama. Voters are losing confidence in the Obama Administration to accomplish much at all on any issue. This includes healing the political divisions in the country, controlling federal spending, or improving the health care system. 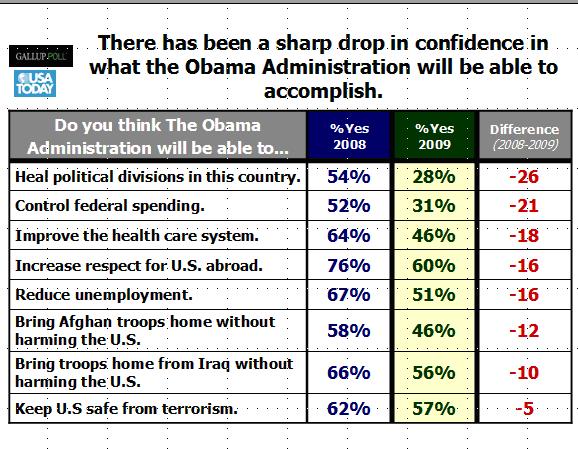 5. After two elections of voting Democratic, Independents show they are more than willing to vote for quality Republican candidates. In 2008, John McCain lost Independent voters in Virginia and New Jersey be one point and four points, respectively. In dramatic reversal, Bob McDonnell crushed his opponent by 33 points among Independent voters, and Doug Christie beat John Corzine voters by 30 point among Independents.

The Bottom Line
We have moved rapidly into an environment favoring Republican candidates at all levels. Concerns about government over-reach and the handling of key issues has compelled voters to re-consider the choices they made in the election of 2008. To win in such decisive fashion in Virginia, New Jersey, and in other important elections around the country in 2009 is a precursor of things to come next year.