By Bill McInturff and Nicole McCleskey

If some Democrats have lost sleep over the last week, it is with good reason.  Republicans are knocking on their doors, loud enough to cause some nightmares heading into 2010.

Voters waved good-bye to President Bush in January, and he is increasingly fading in the rear view mirror.  Democrats still like to talk about the problems they “inherited” but that excuse is wearing thin.  This is rapidly becoming the Obama Economy.

As the chart below demonstrates, voters continued to place the strain of a bad economy on the doorstep of former President Bush in March.  But sentiment has shifted, and quickly.  Voters are now evenly divided on ownership of the economy in a trend that cannot comfort vulnerable Democrats. 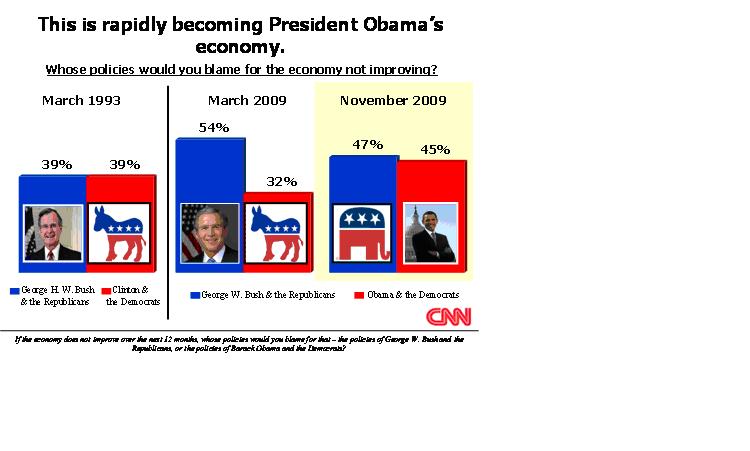 The implication is clear … voters are unquestionably still worried about the economy, and Obama Democrats are on the losing end of that debate.

But, it goes further.  Voters are rapidly losing confidence in the Obama Administration across a full range of issues.   There has been a stunningly sharp drop in voters’ expectations about what Obama can accomplish on every issue.  Most notably is voters’ marked disappointment in the lack of a new tone in Washington, government spending, and a health care plan they do not like. 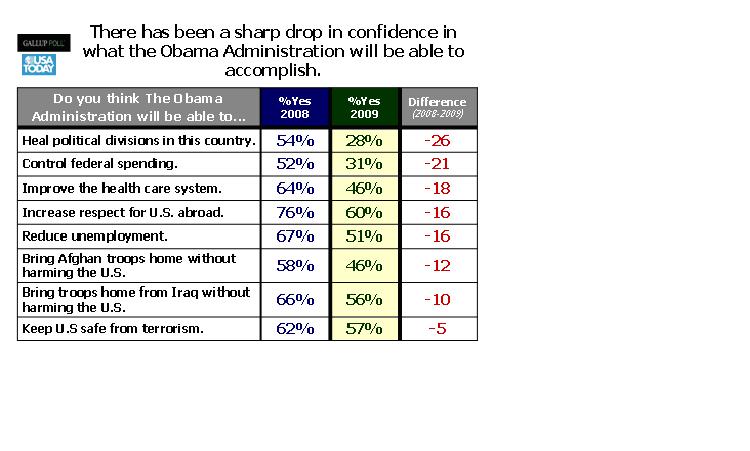 Democrats can spin the elections of 2009 anyway they like.  But this is not good news for those 50 or so Democrats sitting in Congressional seats carried by John McCain.

‹ Previous Post › Next Post
MOST RECENT
The Forces Shaping America and the 2022 Election
Jun 17, 2022 Attitudes on Health Equity and the Social Determinants of Health
Jun 14, 2022 POS National Poll Release
Jun 9, 2022 Public Opinion Strategies Congratulates Plethora of Early Primary Winners
May 18, 2022 Coach K may be more popular than you think
Apr 1, 2022