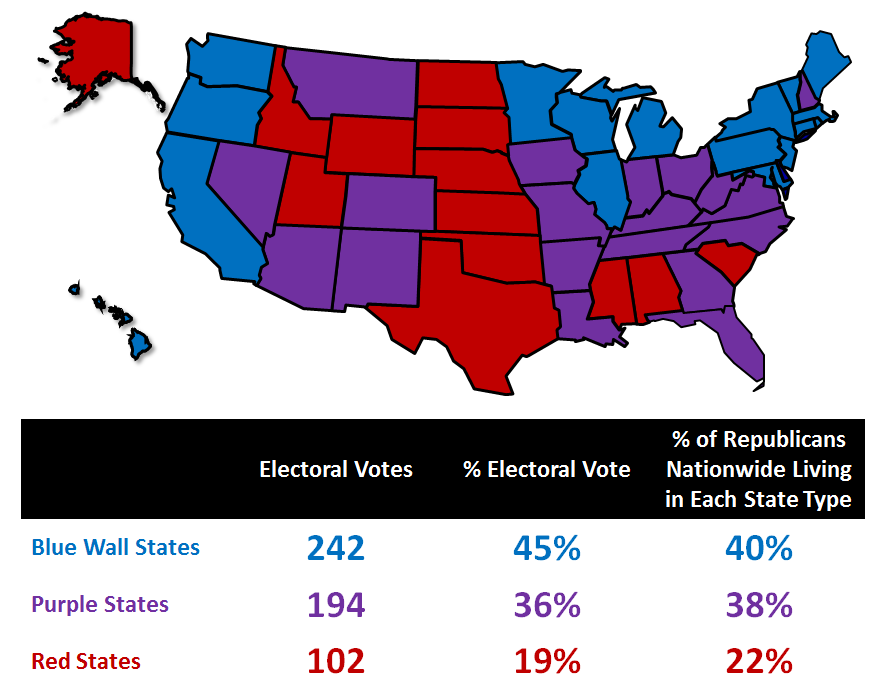 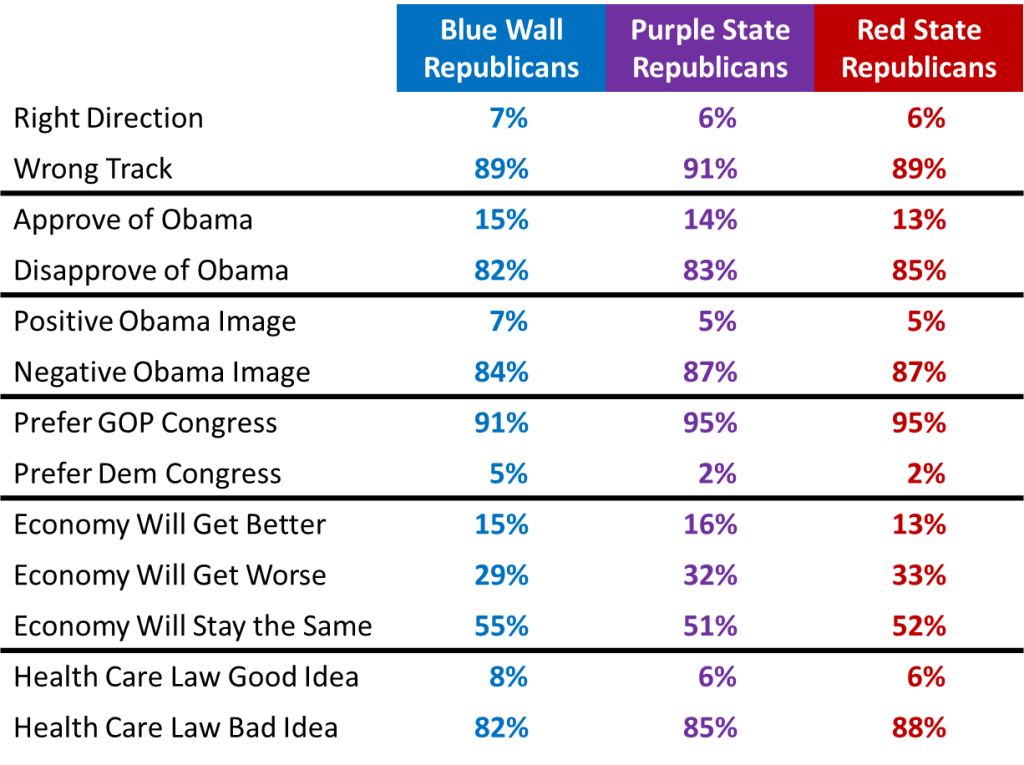 And here are some demographic measures where differences are minimal: 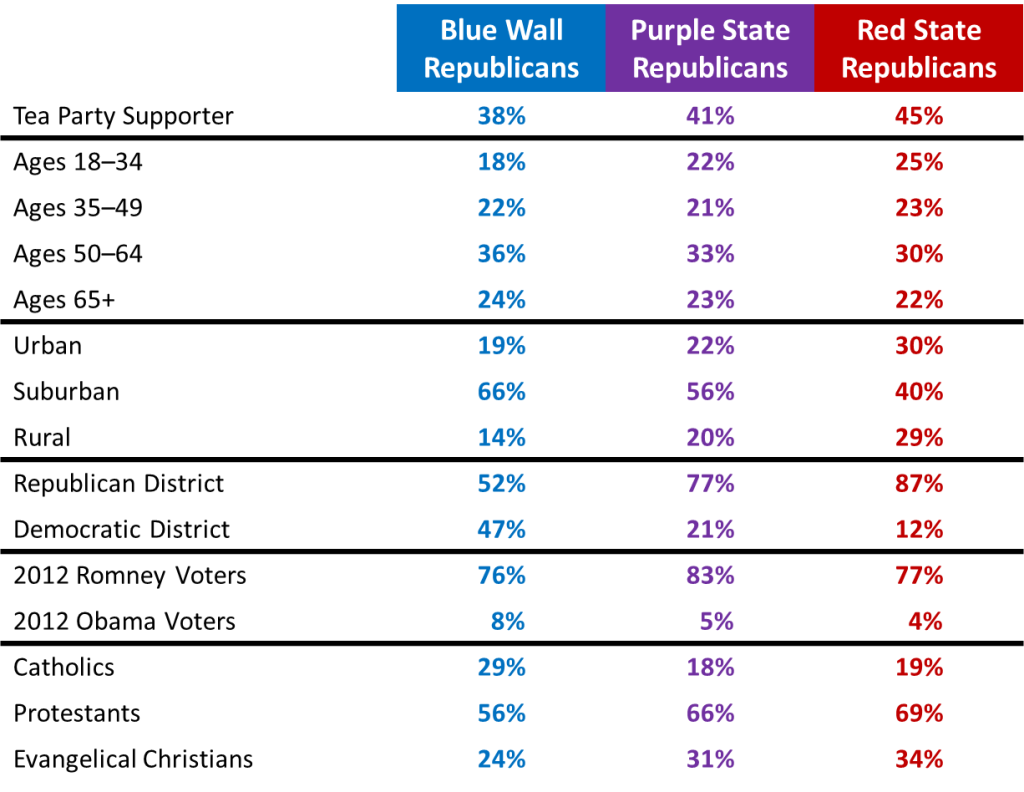 As we head into the 2016 nominating process, much will be made of the difference between Blue, Red, and Purple states. But, borrowing an old adage, if it looks like a Republican, swims like a Republican, and quacks like a Republican, then it’s probably a Republican. This data powerfully demonstrates whatever type of state you live in, Republicans are generally homogenous, decidedly conservative, and definitely ready to move on from the Obama era.